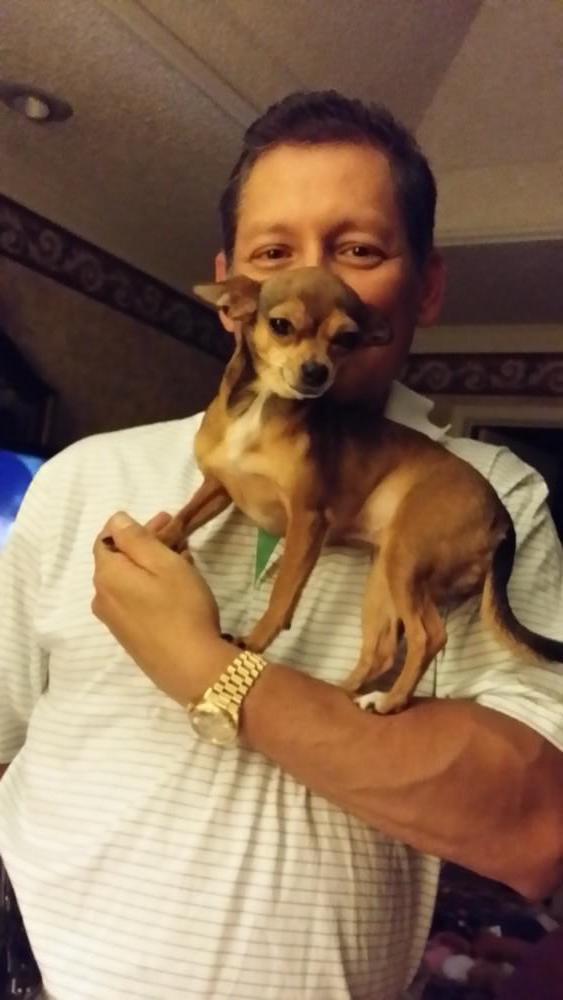 Hello, my name is Dr. Robert Hernandez. I am an internal medicine specialist and have been for nearly 30 years. I have discovered that the number one problem for addicts is what I call living in the  Irresistible Lie. 56% of divorce cases involved addiction in pornographic website (Psychology Today, 2011). Alcohol consumption increases the chances of divorce by 188% (Wilkinson &amp; Finkbeiner, 2017). These numbers don’t take into account all of the other addictions that Americans suffer. One in three Americans suffer from some kind of addiction whether it is smoking, pain pills, illegal drugs, gambling or many other destructive behaviors. Through my own personal suffering and battle with alcohol I learned these things first hand. Fortunately I learned a method to cure my addiction and how to help others with addiction. I am so proud that I have become a doctor and can help others like you or someone like you to get that addiction under control.

First, I want you to know that there is hope. Many of you have probably tried 12 step programs, will power or sought help from other methods like AA or group therapy. I commend anyone who has tried to end their addiction but as Dr. Dodes of Harvard University states, 95% of such programs fail. It is not because you or others don’t want to end addictive behaviors, it’s because so many of us bend to the will of the Irresistible Lie.

So, what is the Irresistible Lie? Allow me to tell you a little bit about my story to explain what I believe is the number one problem on Earth and especially for addicts. My mother came from an abusive environment. She coped with this abuse by projecting her anger onto me and my siblings. She had her own unique addiction. It is the addiction of complaining. Complaining absolutely is addictive.

So, how is it that complaining can be addictive? Well researchers at the Ohio State University conducted a study that showed that the brain activity in the cerebral cortex is far more sensitive to negative stimuli than positive stimuli. This may explain why some people chronically complain, or watch news programs that talk about people they find disgusting. A friend of mine spends 5 hours a day on the internet researching a political party that he actually hates and then complains about them the rest of the day. That’s that Irresistible Lie.

So, it is very true that individuals can get addicted to complaining, criticizing or even bullying. Bullying can be either verbal or physical as you know. AND In a study by the University of Chicago, researchers demonstrated that bullies actually experienced pleasure when watching video clips of individuals being bullied.

When a parent castigates a child, emotionally embarrasses a child or puts down a child, this parent is projecting their own disappointments of themselves (PAUSE) onto the child. It temporarily allows the parent to feel superior. There’s that Irresistible Lie again.

Ironically, the act of complaining actually damages the brain. Stanford University has determined that complaining shrinks the Hippocampus. This area of the brain is responsible for problem solving and cognitive functioning.

So, just like drugs, complaining can cause great pleasure for some people. It is addictive and damages the brain.

So a short story about a very close friend of mine from medical school. Living the Irresistible Lie.

Let’s call him Jerry. Jerry grew up in a small town in Oklahoma. He had 3 brothers and a sister. As in my family Jerry was the oldest child and grew up as I did hearing how dumb or stupid was even as a small child. Jerry’s father called him and SOB and said he would never amount to anything. Jerry’s life was very much like mine. Painful and unfulfilling.

Jerry’s mother once told him that he was “too stupid to do anything” and “the older you get the dumber you are!” When you grow up in an environment like that, any kid will have to believe their own mother. My friend had very little confidence in himself. His father would work several jobs not only to support his family, but primarily as a coping mechanism in order to stay away from that toxic environment that toxic wife made. His father of course became very negative himself being in such a toxic marriage. Even after my colleague received his medical degree, his own father would tell me him “Ya know, your very intelligent but you have no common sense” very demoralizing for anyone. In short, his parents were abusive. It had a profound impact on him and the rest of the family. He had two brothers who went to prison due to their drinking. Interestingly, Jerry became a work-a-holic, when his brothers became alcoholics. Any one of us, including myself would have to bend to the Irresistible Lie.

Jerry went to college, did well and got into medical school. At the end of medical school Jerry graduated with honors and at the top of our med school class. He took on a very highly sought after residency. He became the chief resident and went on to work with a large practice.

Unfortunately, after medical school and residency, Jerry became heavily addicted to drugs, lost his marriage, his children, his practice and then his medical license. The Irresistible Lie. Jerry couldn’t break free from it. He said he couldn’t turn off the “tape”. It played all the time “You stupid SOB” “the older you get the dumber you are!!” “you’re too stupid to do anything!!!”

When a person is going through stress such as abuse, losing a job, losing their wife or husband, or losing money, often a person simply wants to feel better immediately (or hide as I have learned to say). Some of us reach for a release from reality by grabbing a drink, a cigarette, a pain pill or gambling to release endorphins in our brain which gives us immediate pleasure. These stressful events that cause us to run towards an addiction are called triggers. Triggers are simply stressful situations that lie to us. Triggers are telling us to take that pill, find that cocaine, drink that vodka or smoke that cigarette. So many of my patients have told me that they were off of their addiction for months or even years but something really bad happened and they simply could not resist the trigger that drove them back to their addiction In that very depressing moment, all the will power in the world simply did not or would not help. That’s living the Irresistible Lie.

So, how did I get out of my addiction and no longer allow triggers to lie to me? First, whenever you feel the irresistible urge to engage in your addictive behavior, you need to need to know that this trigger is lying to you. I don’t know about you but I get pissed off when someone lies to me whether it is a politician, a car salesman or a friend. The biggest lies told to us are not by other people but by a part of our brain called the Limbic System. This is the emotional part of our brain that really craves addictive behaviors. Yes, it is true that if you drink that Jack and Coke, you are going to immediately feel good.

The long term effects include damaging internal organs, dependency, severe depression and suicidal thoughts. That is why our Limbic Brain sometimes lies to us. So, step one, whenever you feel the urge to engage in an addictive behavior, get pissed off that a part of you is lying to you.

Second, ask yourself a question. Are you a man or a boy? Or, are you a woman or a girl? Boys and girls will give in to temptation, are easily lied to, and allow their emotions to control them. When a person becomes a true man or a true woman, they are in control of their emotions. They put away childish things.

For some of you, asking you to truly become a man or a woman might be too much to ask. If it is, then this recording is not for you. I am giving this advice to those who truly want to be a true man or a true woman.

Third, who is a hero in your life? Who is someone you look up to? If you don’t have someone, find someone. It can be someone like Mother Teresa, Gandhi, a sports hero or it could be someone you know like a family member, a mentor or a teacher. Ask yourself what, would this person do if they had a trigger lying to them.

Fourth, think of what one of the most proud moments in your life. Graduation, having a baby, getting a job, winning that medal, helping someone else. Have a photograph with you at all times that brings you back to that moment of great pride. For one client, he simply has a picture of his school mascot. It reminds of him of his graduation. Whenever you about to give in to the Irresistible Lie, look at that photograph for one minute first.

Fifth, call someone before giving into the Irresistible Lie. Someone who inspires you to do better. Calling someone who is easy on you is not going to help. Choose a person who challenges who to push yourself to be a true man or a true woman.

Do know that you can always still give into the Irresistible Lie or give into the addiction in those weak moments. But, please do myself and mostly you a favor. Go through these five steps before you engage in the addiction. Just wait a few minutes. After the above steps, if you still want to engage in your addiction so be it. Just please do those steps first.

Addiction can be beaten, and we have to get started beating Addiction!!

Robert J. Hernandez, M.D. I'm an Internal Medicine specialist with a primary focus on addiction. I've been a physician for 30 years. I've practiced in Sherman, Texas for 20 years. I was board certified in Internal Medicine in 1996. I began to work in addiction in 2001. It started with weight loss, yes food because that is in fact a real addiction. The most important thing that I've learned is that the whole point to addiction, and some of you may disagree, is to hide. From 'what' you may ask? We hide from our emotional pain. Those who are addicted knows this. The emotional pain is so great most of us would do anything to get away from that pain. The main issues is how one finds a way to "hide from that pain". There are healthy ways to hide. But most of us are way more familiar with the unhealthy way for hiding. Examples of healthy hiding: golf, church, bowling. Unhealthy ways to hide: alcohol, gambling, illicit drugs, working even food. We feel different when we hide, never better. I can help you to change this. 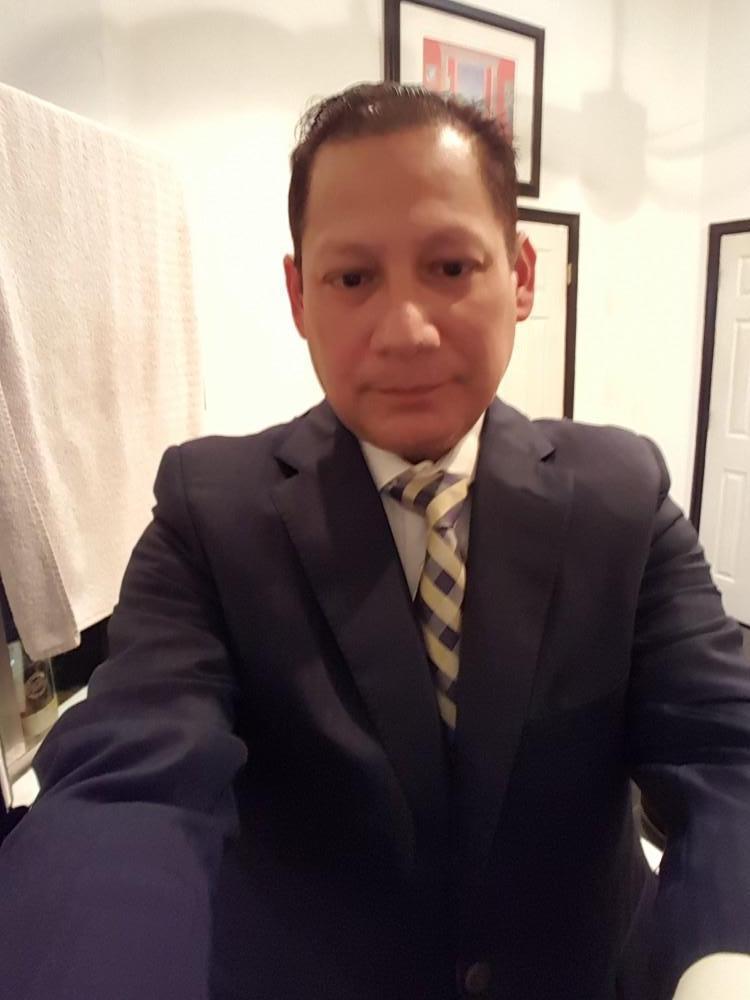 Expectations cause Failure. People need to understand that "Failure" will lead you to success! We just have to use it correctly! 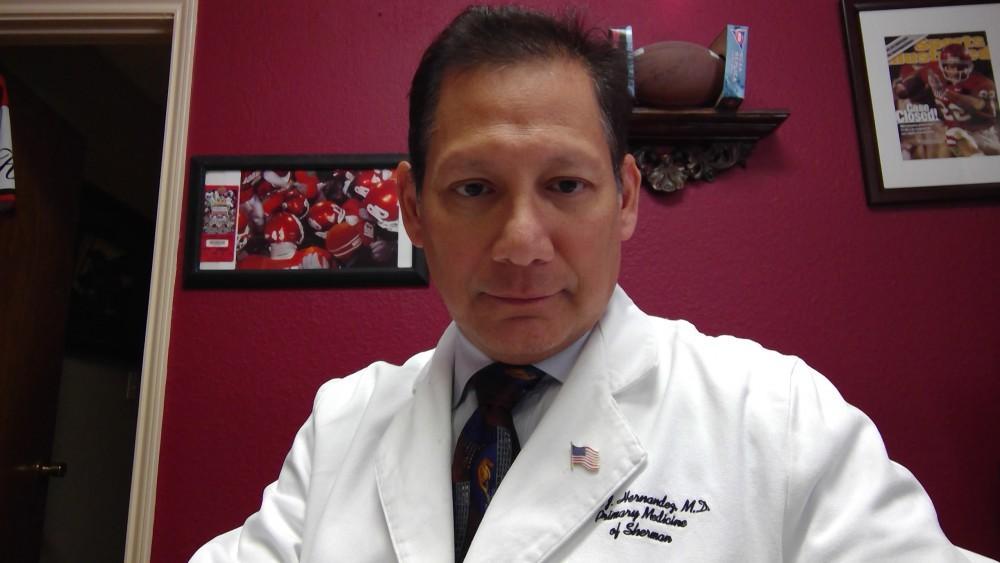 Failure is an amazing concept. If you don't use it for the power that it has within it, you will lose. 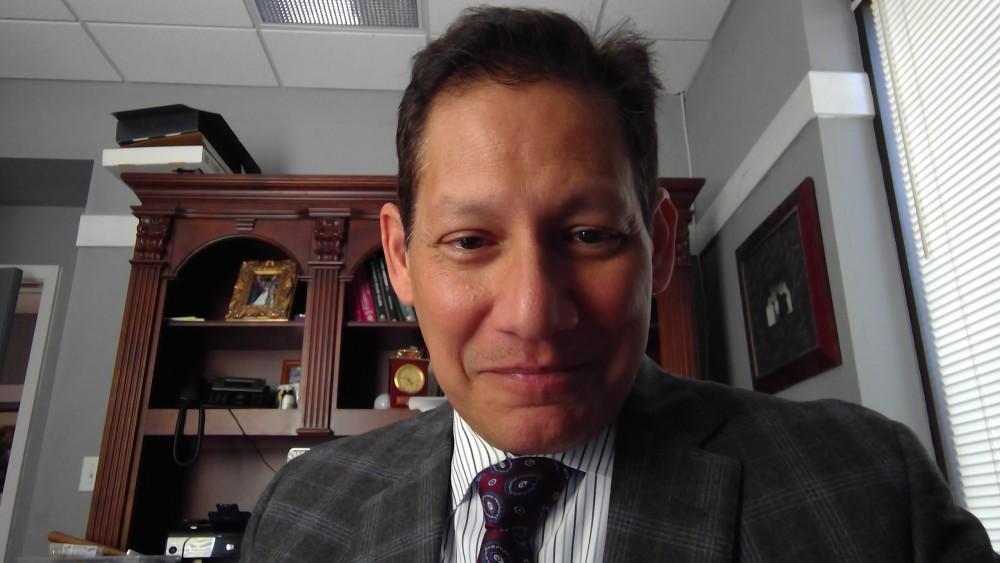 This Pink Cloud Video over Suboxone use to stop the heroin behavior. 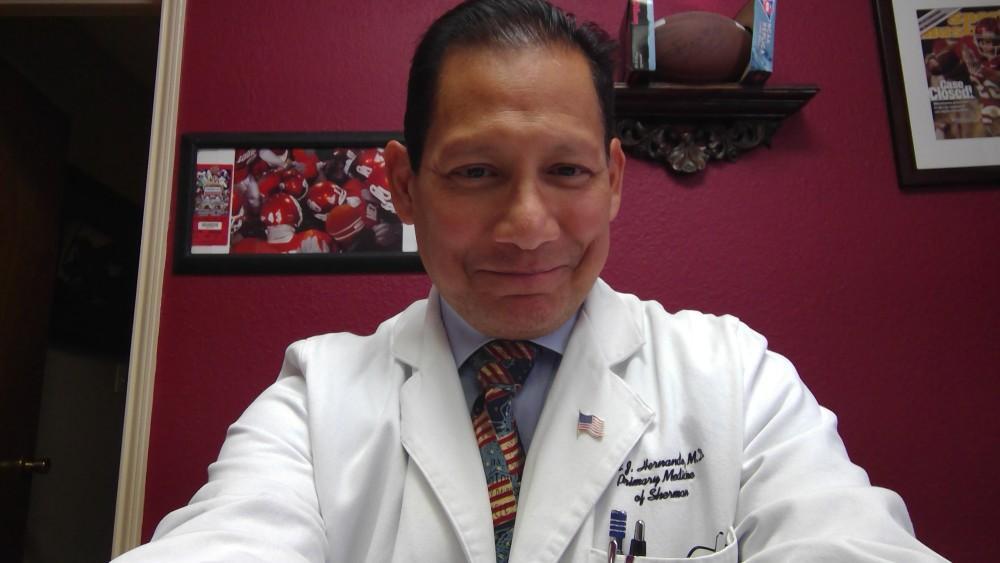 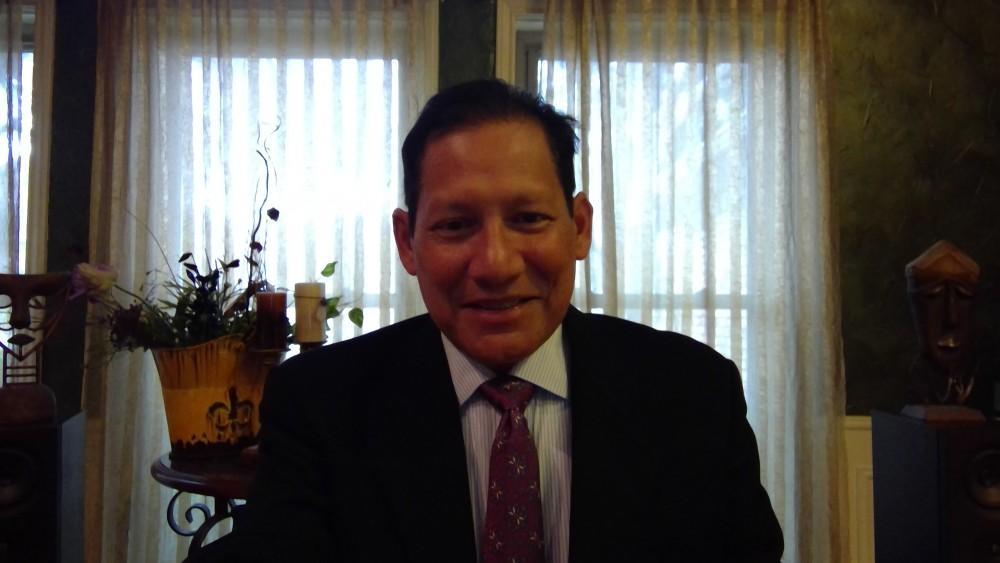 Addiction: "Once an Addict, Always an Addict"

Emotion drives addiction. Everyone should understand that changing is a daily task. 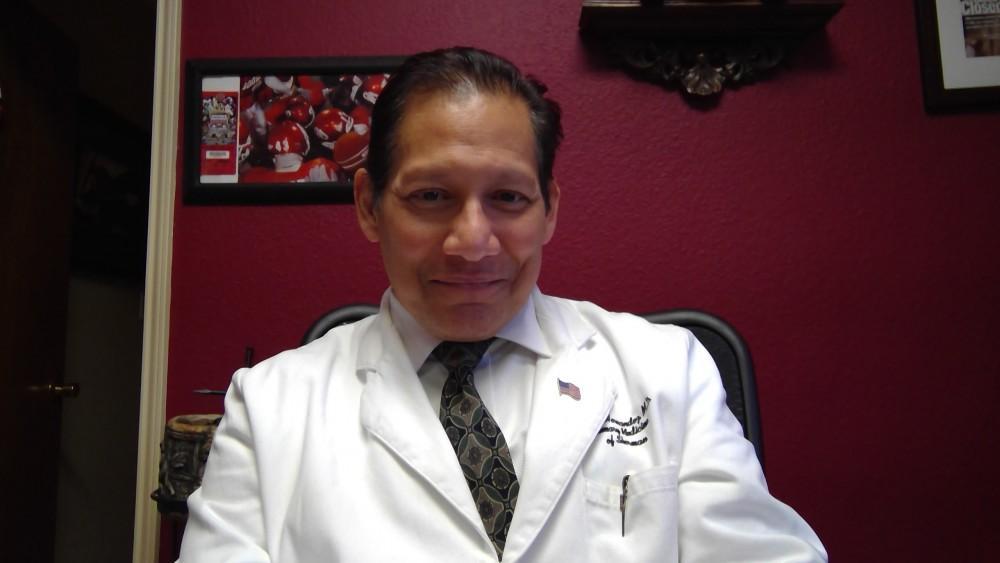